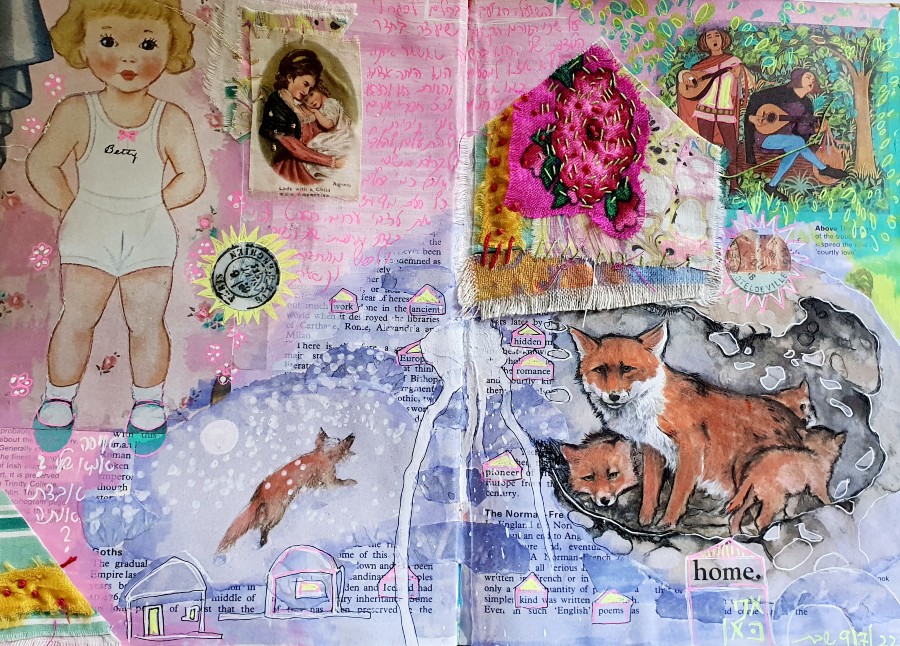 The Shamanic worlds by Rakefet Hadar

I want to start with a personal explanation-what is shamanism for me?

For me, shamanism is magic, and it is giving consent to live out of awareness that the world is magical and mysterious. This openness allowed me to see things I would not have noticed before.

Shamanic Journeying is one of the techniques that has led to my healing, and I use it regularly in my life combined with working in the visual diary.

Shamanism is the background, the beginning of all religions. Although it preceded religions, in ancient times, from Siberia, Japan, China, Indonesia, America, and South America, Europe (England and Ireland – the Celts, Finland), every new culture had a shamanic base. In some countries, shamanic rituals are no longer practiced today, and in some tribes, shamanic traditions still exist and go back many generations.

Shamanism is, in fact, the cultural heritage of all the peoples of the world. Shamanism developed in tribal societies, and its basis is the creation of a connection between man and the universe around him.

The main idea is that man is part of nature, part of the forces of nature, animals, spirits. He is part of the universe, and as such, he communicates with them and tries to achieve blessing, healing. The ancient man recognized that there were energetic forces in the universe that could not be seen. Still, while trying to exist in the universe and survive, he developed unique connections with spirits, guides, and beings. Messages received by the ancient shaman helped his tribe survive.

Ancient traditional shamanism depended on culture. The shaman would set out on journeys in the hidden worlds. He would undergo a difficult initiation usually accompanied by fasting, physical training, drug smoking, or drinking, which caused hallucinations. He was accompanied by an adult shaman guiding him in the beginning. 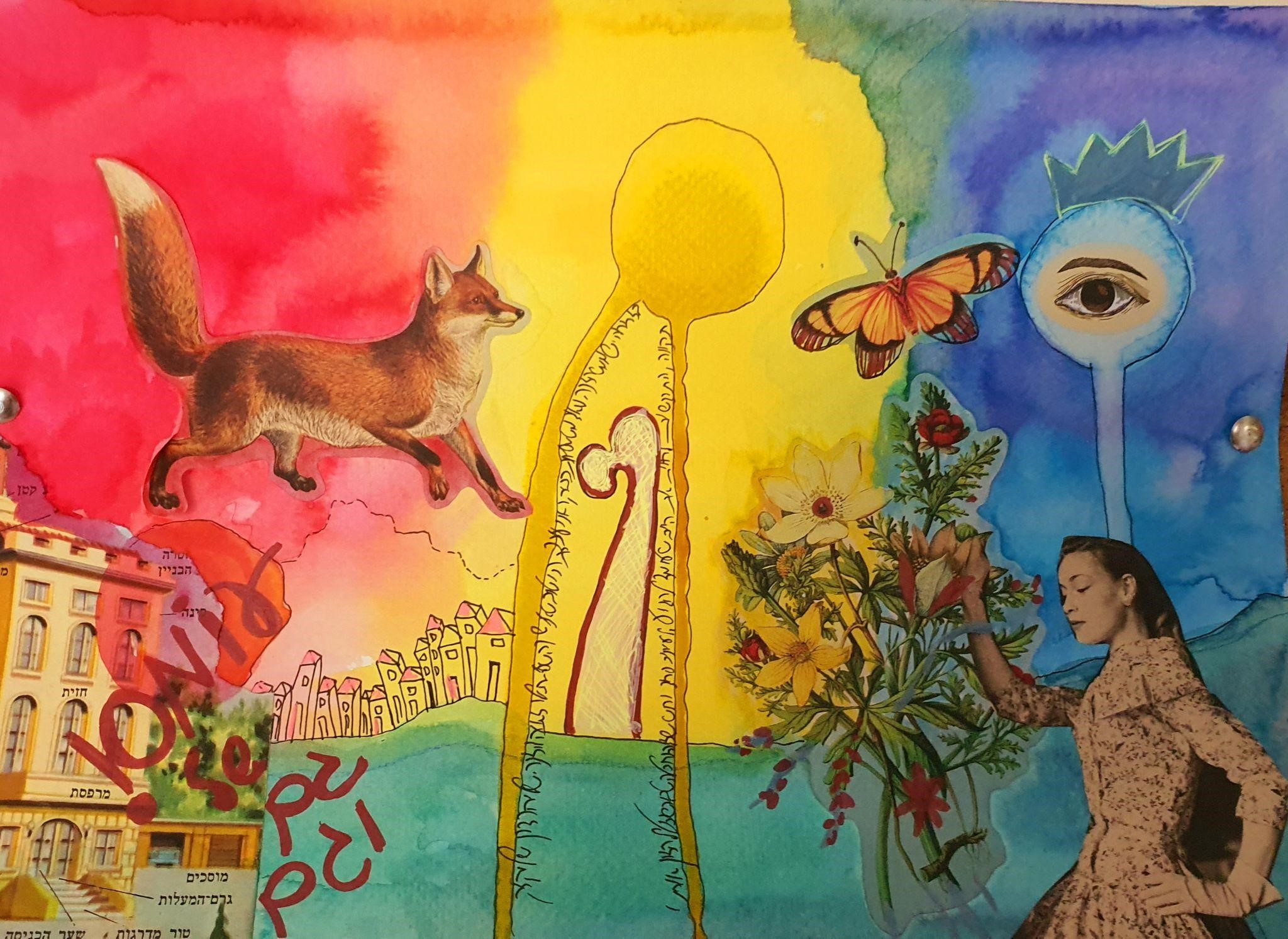 The shaman and his role

A shaman is a person, man, or woman who can enter into alternative states of consciousness at will and wander in his spirit between our world and other worlds to find healing, knowledge, guidance and help for himself and others. The meaning of the word shaman – is The one who sees.

In ancient times only the chosen shaman could perform ceremonies. Being a shaman means being selected by the spirits and being responsible for the mental and physical health of the tribe. The shaman was a doctor, healer, psychologist, counselor, judge and more.

The role of shaman began to split and was eventually transferred to many functionaries such as priests, storytellers, judges, fortune tellers, healers, etc.

Shamanism is a spiritual and tribal art that has somehow survived to our time and I believe the shamanic techniques have endured because of their usefulness. The methods that have worked are the ones that have been preserved and evolved. This philosophy of small and cumulative successes is central to shamanism. The main idea is to maintain an uplifting spirit, positivity, comfort, and hope. Positive emotions are the ones that push us up to success, while negative emotions are contagious and downward.

For the past fifty years, anthropologists have documented shamanic societies around the world.

Michael Harner is the most famous of them, and he wrote the book – The Way of the Shaman.

He studied with his fellow Indians in the Amazon, and he died a few years ago.

Michael Harner is the one who brought shamanism to the West, and he calls his way – neo-shamanism. I attended Michael Harner’s school in England and Canada. 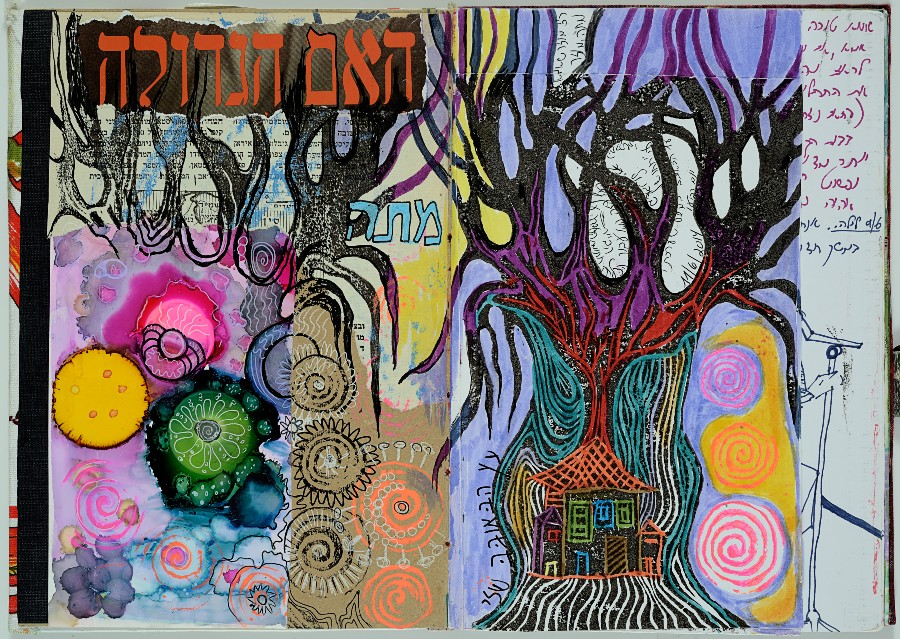 Shamanism reveals to us the hidden, unspoken text that directs our lives, and it shows us connections and insights in a way that no other means allows. We can learn to recognize messages and reach directly to the source of the soul-the same essence is unclear to us, but it is what navigates our lives, sometimes against the will of the conscious ego.

In shamanic Journeying, one can learn about that hidden world, the same spiritual reality that surrounds us and connects with our soul.

Neo-shamanism is not meant to draw us to the world of spirituality; on the contrary, the techniques we learn are beneficial to ground us in our daily world of reality. Bringing healing and great comfort and hope and most of all – this is a way to get to know ourselves creatively.

The perception of neo-shamanism is that anyone can make journeys for themselves without the need for an outsider. According to this concept, we learn ancient techniques and apply them to our daily lives. Neo-schism is a cultural and open system. Thanks to the Internet and globalism, we have access to endless systems of symbols, we can meet in our journeys: angels, fairies, Christian saints, Buddhist or Chinese sages, Native American Indians, cartoon characters, animals, trees, stones, talking objects … the possibilities are limitless

The shamanic worlds are like a hidden cosmic fabric parallel to physical reality. We are all aware of metaphysical phenomena like synchronicity, intuition, telepathy, strange feelings, or messages we feel we have received from the universe in different ways, most often through dreams or coincidences.

The shamanic universe is like the tree of life in Kabbalah: the treetops represent the upper world, the tree trunk the middle world, and the tree roots- the lower world. 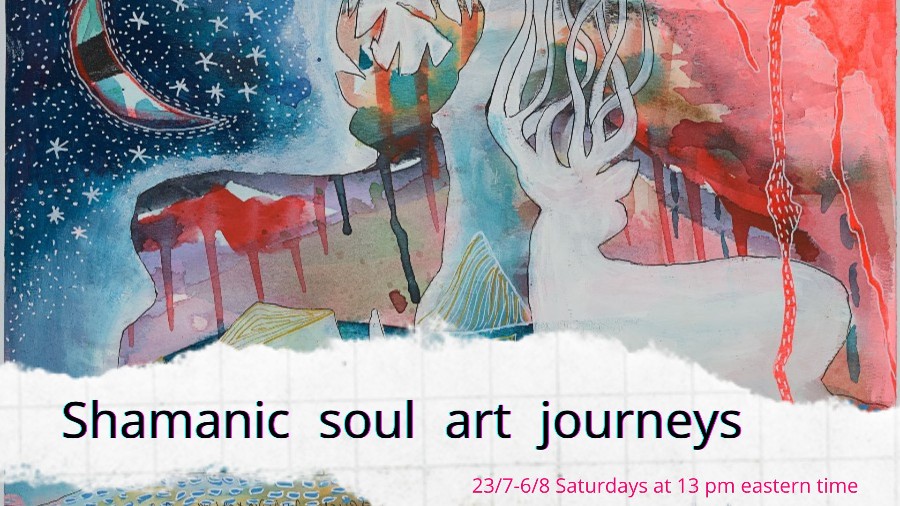 Join the Soul-Pages community and get

And a lot's of surprises, updates, goodies, tips & tricks from my visual journal world